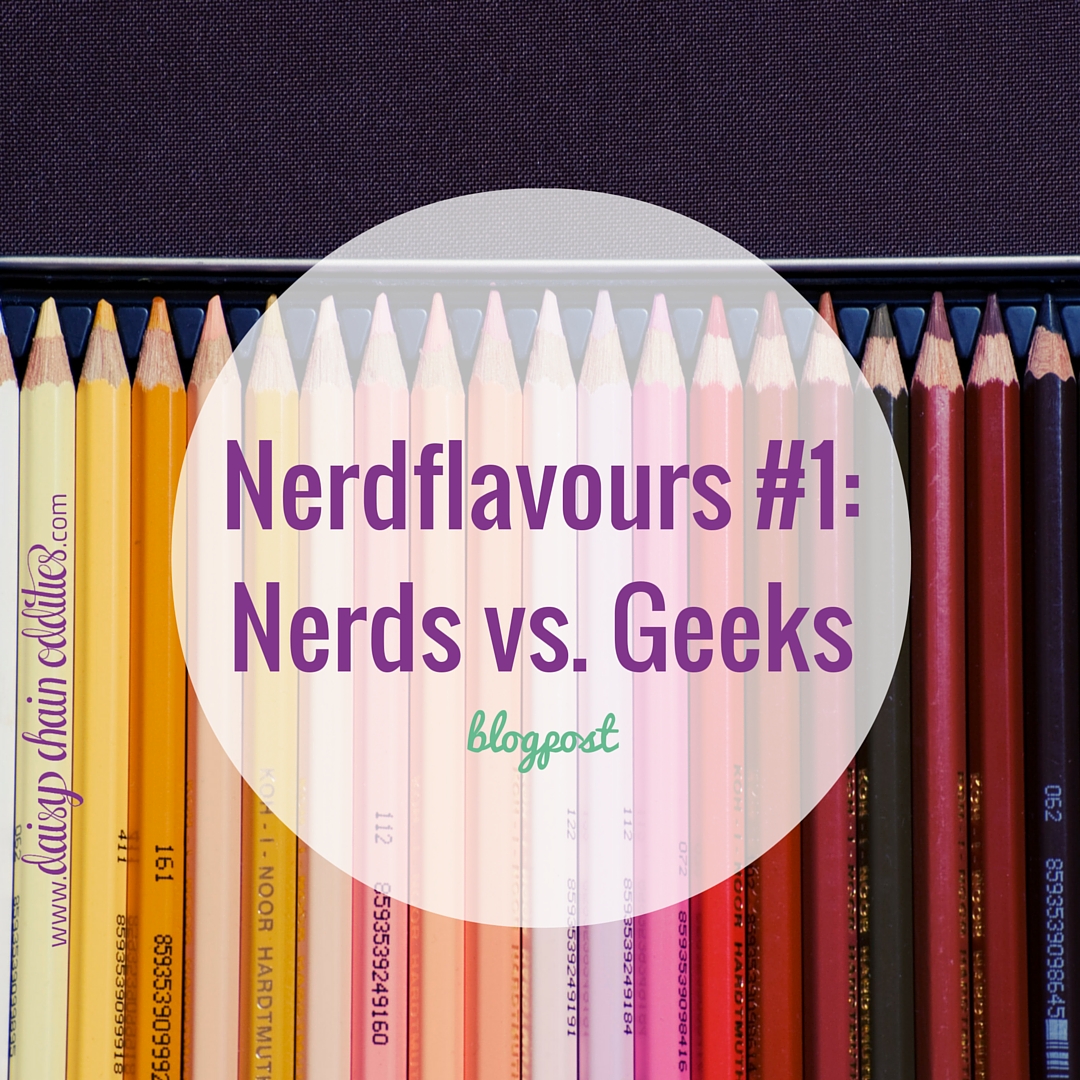 From now on I want to write one to two posts per month about the different flavours of Nerds. I want to show that there are loads of them and explain the characteristics of each and every one of them. That way non-Nerds or other flavours of Nerds can better relate to them. Nerds and Geeks are groups of people who are very interested in or Fans of a certain topic such as Maths, Japanese Culture, a TV-Show or a Book.

Nerd vs Geek – What’s the difference?

But first of all I need to explain a few general things to start with. A lot of us know the word Nerd, some also know Geek. Most don’t really know the difference between those two. One of the reasons is, that it is more complicated than it looks. There is no fixed general rule when to use Nerd or Geek it is mostly used interchangeable.

There is one explanation out there tho which I like and agree with. The word Nerd describes more the Tech/Science flavoured Nerds. The word Geek means everyone else such as Whovians or fans of the Japanese Culture; things that are not related to technology or science.

Is Nerd a bad Word?

Some people try to avoid the word Nerd because they think that it is a bad word. This was likely the case in the past but things have changed. Most people who consider themselves Nerds carry the name in pride. Nerds became popular especially after the TV-Show Big Bang Theory started airing and gained a huge Fan base. The Big Bang Theory is its own topic tho, as it started a lot of controversies among people, regarding the portrayal of Nerds and Women. In conclusio, Nerd is not neccessarily a bad word. Maybe you want to ask the person you are talking to first tho, if they prefer Nerd vs Geek or don’t mind at all. I personally like Nerd and also use it for the whole group of people instead of always naming all of them.